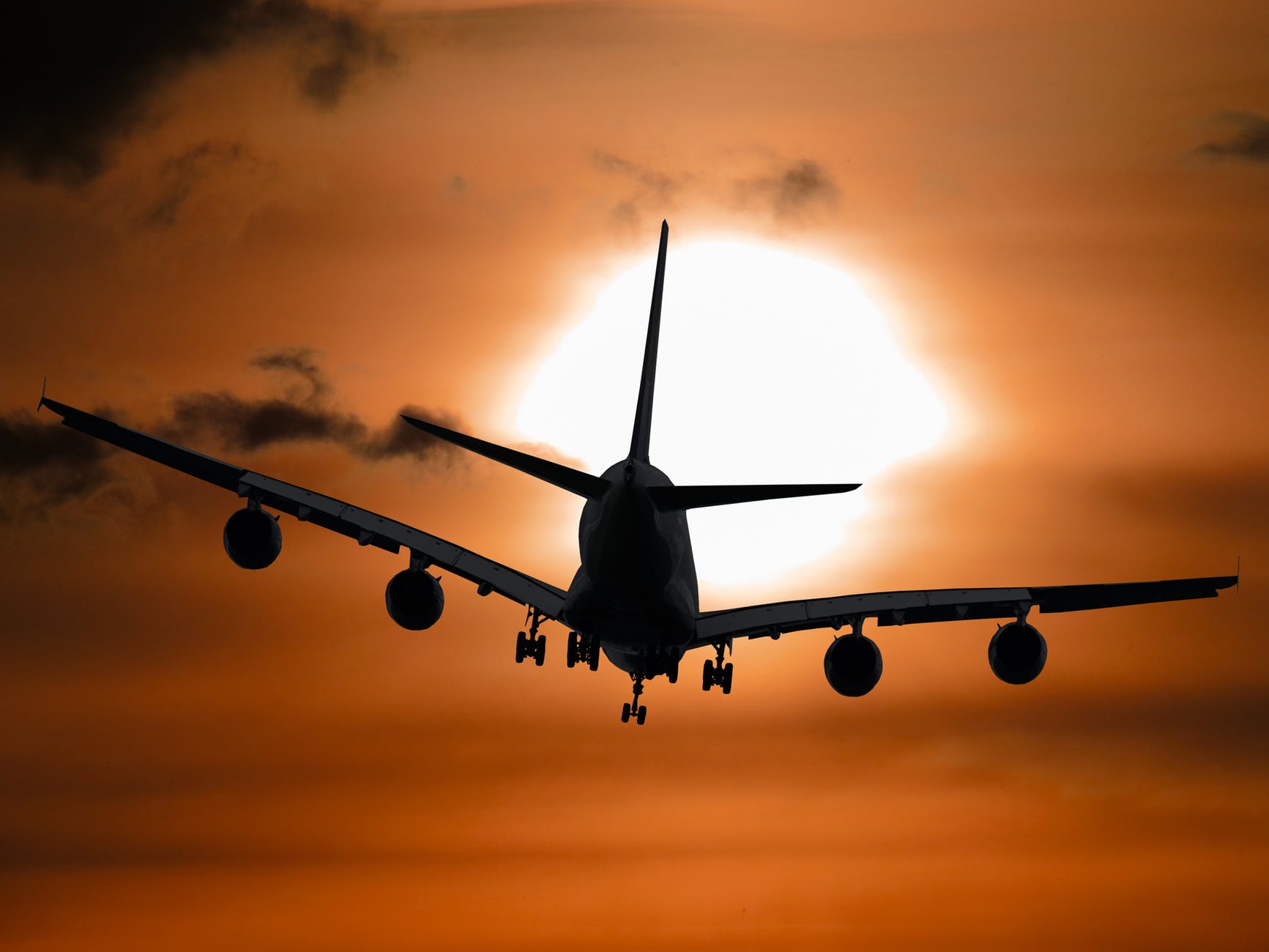 How will airlines and flight prices change due to Coronavirus

The current Coronavirus pandemic is continuing to sweep across the globe and we are already sure that we’ll witness a change of airlines and flight prices due to devastating impact of Coronavirus. The big question now is, what kind of impact will coronavirus have on the airline industry? Will the airlines survive? How will the airline industry, and especially how flight prices will be affected by the COVID-19 crisis, we will try to find in the following analysis.

Countries all around the world are implementing wide-ranging measures to try and limit or delay the spread of the virus. For travelers, the actions that stood out the most include the restriction of movement within the country and the closure of borders. Several countries in Europe have gone on complete lockdown, including Italy and Spain, two of the worst affected countries in Europe.

Will the airlines survive the Coronavirus crisis?

Many people have canceled their vacations abroad, either voluntarily or without a say in the matter, due to the restrictions put into place by some countries. Airline operators have canceled flights left, right, and center, including in the U.S. and Europe. The big question now is, what kind of impact will coronavirus have on the airline industry? Will the airlines survive?

Will airlines be able to weather the storm, or will the downturn be the demise of some operators? It’s too early to tell what the long term impact of the COVID-19 virus will be on the airline industry, but we can already see some of the effects it’s having, both domestically and abroad. 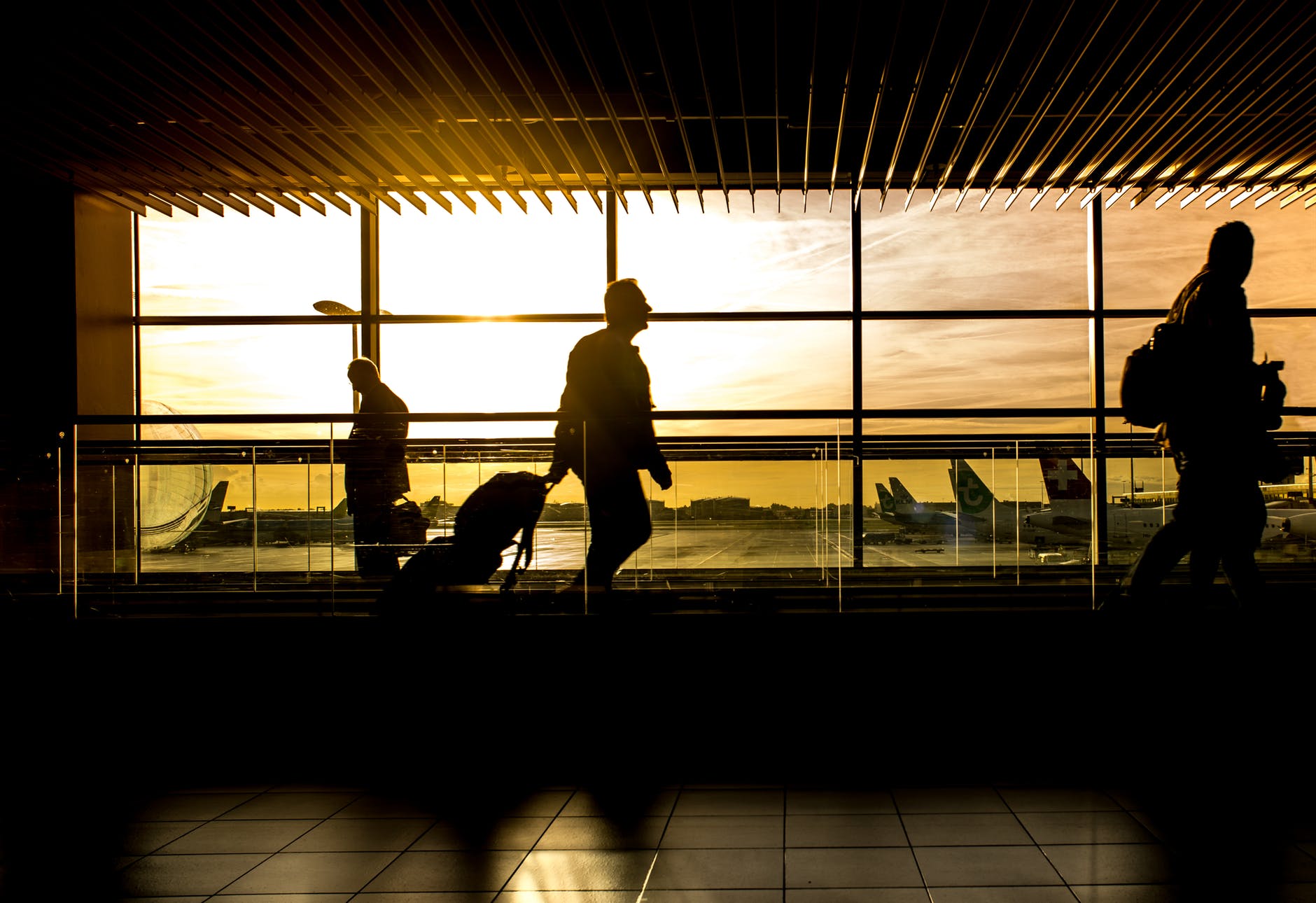 The impact of Coronavirus on U.S. airlines

In the United States, we have seen a reduction in both domestic and international flights. Delta has announced that international flights have been cut by up to 25 percent, and domestic flights have been cut by between 10 and 25 percent. Even Southwest, a usually profitable airline, has warned that it expects to see potential losses of up to $300 million in March alone. With the travel ban for people that are going to the U.S. recently announced by President Trump, and the increasing seriousness of the situation, we can expect even more flights to be canceled soon.

It’s unlikely we’ll see airlines in the U.S. collapse, as over the past ten years, there have been numerous mergers that have left just four major airlines standing, which dominate 80 percent of the market. These are United, Delta, American, and Southwest. Because of these consolidations and the large profits generated, it’s improbable these airlines will collapse, even if the situation worsens over the next few months. There is bad news, however, as its unlikely passengers will see fares drop as the competition between the airlines will decline during these challenging times. 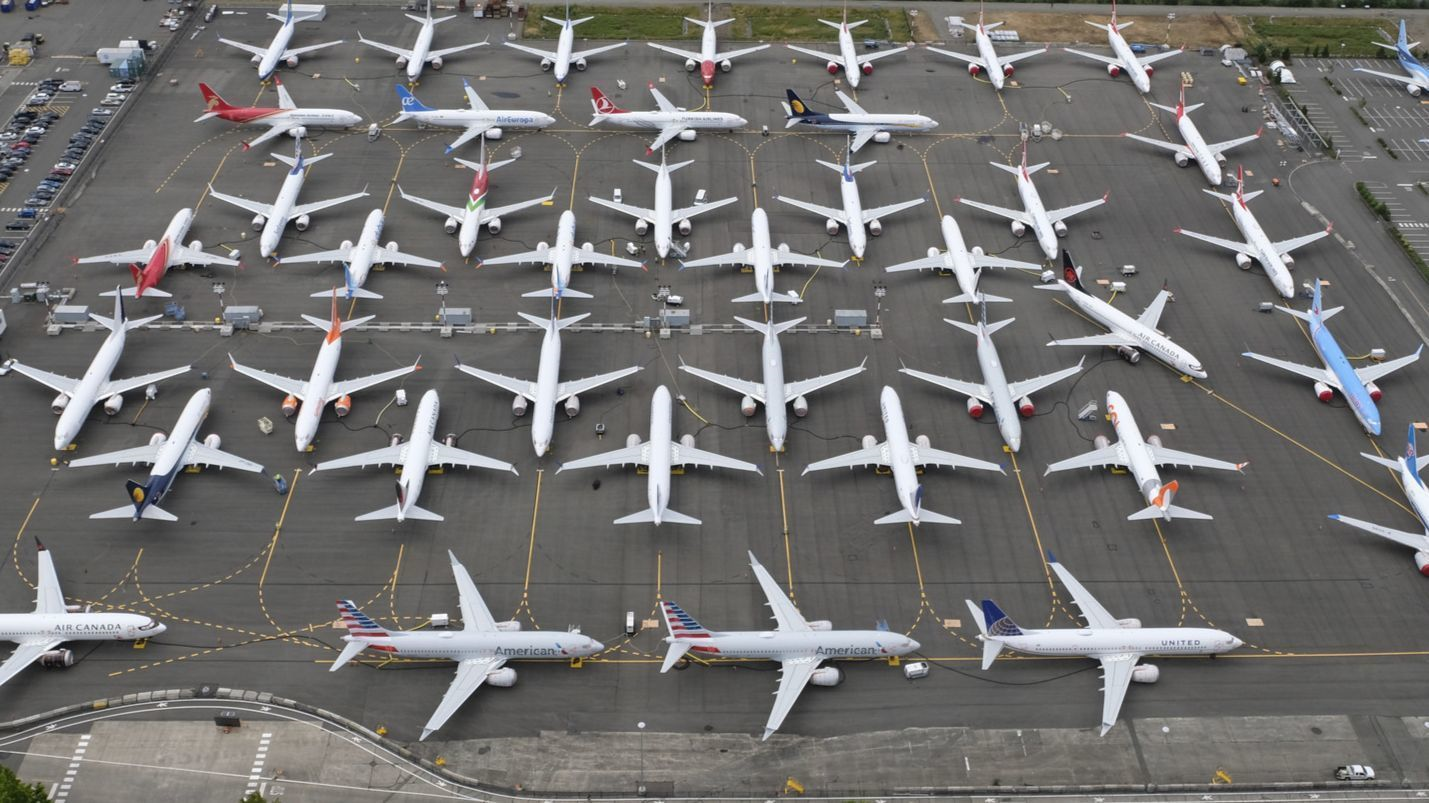 Unfortunately for the American airline industry, despite healthy profits in recent years, the coronavirus pandemic has come at a bad time. Airlines have been plagued by recent issues, such as the recent grounding of the Boeing 737-Max fleets, over concerns about their safety. The coronavirus situation only adds to their problems.

As you can probably guess, all these airline losses, after a certain period, will turn into higher flight prices.

Devastating situation for European airlines due to Coronavirus

Across the pond, in Europe, the situation is even more serious for airlines. Already in the United Kingdom one airline has collapsed. Flybe, a small regional airline, recently collapsed in part due to the decline in flights caused by the coronavirus outbreak. And this is not the only failure in Europe. In recent weeks, whether or not related with Coronavirus crisis, Air Italy and WOW Air have ceased operations. Even major European carriers, such as British Airways and Ryanair, as well as numerous others, have warned that operations will need to be scaled back to cut costs in order to survive.

The staff has been warned that there will be job losses in the near future and profit warnings have been issued. The CEO of BA, Alex Cruz, has even warned that airlines are already facing a crisis more significant than the SARS epidemic, the aftermath of the 9/11 terrorist attacks, and also the 2008 global recession. 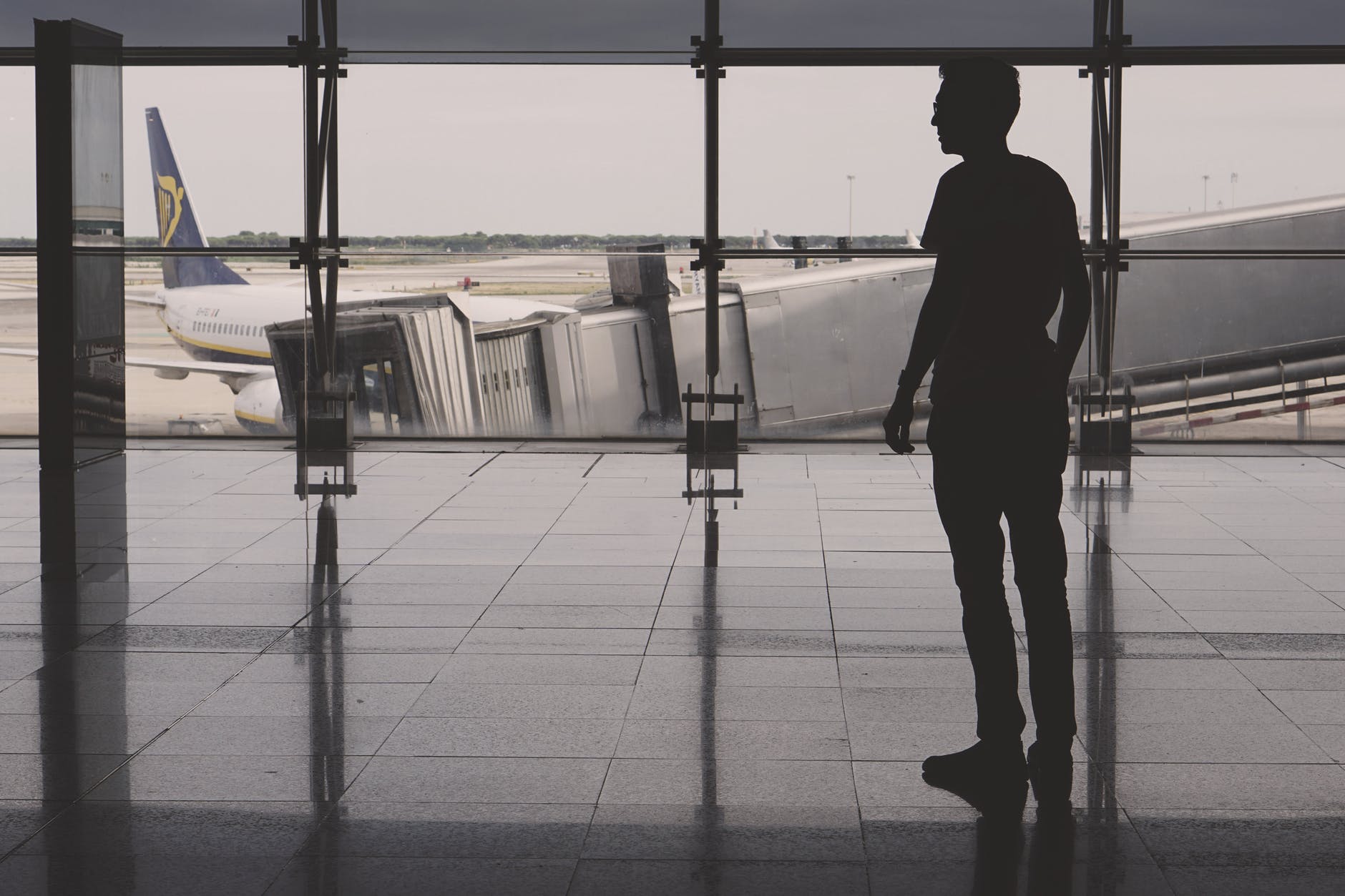 Jet2, another British airline, even had many flights turn around mid-air over France, as they were en-route to Spain when the Spanish Government announced wide-ranging restrictions for the country. A lot of people who were undeterred by the situation turned up for their flights only to find out they had been canceled.

Last week Lufthansa slashed 7100 flights until end of March, and now they’re cutting another 23,000 flights planned between March 29 and April 24. German flagship carrier requested government help due to these dramatic circumstances, and at this moment it’s hard to predict how long this situation will last and what measures are yet to be taken.

Low-cost airlines in continental Europe have also grounded planes, with Norwegian Airlines having canceled over 3,000 flights that were due to fly between March and June, with potentially many more cancellations to come if the situation worsens. Norwegian has estimated that up to 40 percent of its long-haul fleet and 25 percent of its short-haul fleet would be grounded for the foreseeable future.

Governments are trying to put protective measures in place for businesses, including airlines, in order to ease the financial impact caused by the virus. For example, the Government in Norway have tried to help by waiving aviation taxes for airlines. However, the CEO of Norwegian Airlines, Jacob Schram, has been less than enthusiastic about the measures, saying that that they won’t be enough to make any significant difference to the current situation. He stated that short term measures need to be put into place to ensure there is enough liquidity for airlines to continue operating. We may see governments take even more drastic measures to help ease the financial burden on airlines during these difficult times. 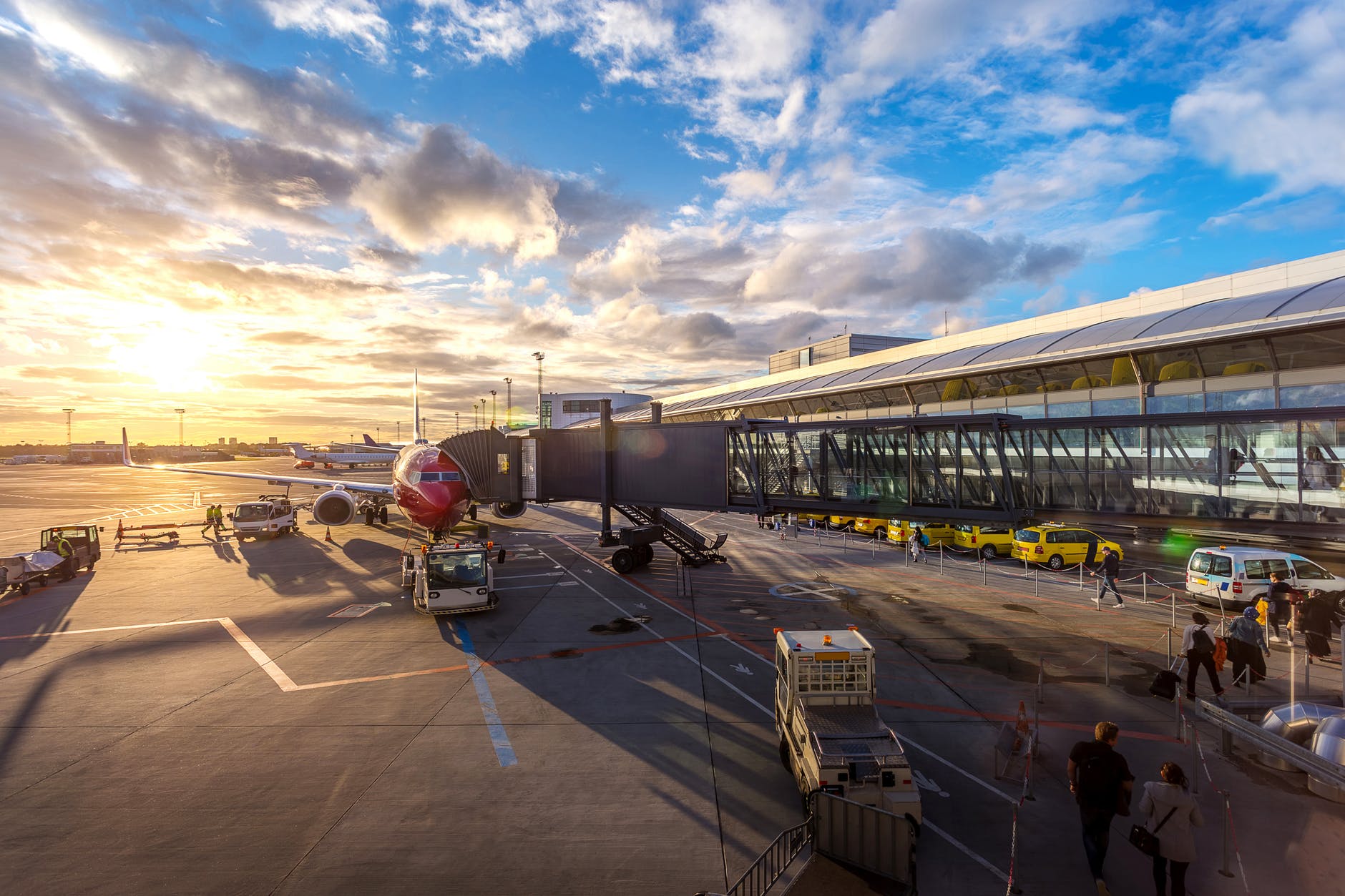 WizzAir’s CEO estimates that the current travel crisis and a dramatic drop in demand for flights can last up to six months. His letter informs employees that they are expecting an unprecedented downturn in the April-June quarter due to coronavirus outbreak. However, he adds that he hopes the company will be fully operational again in July. Many adjustments are planned to mitigate the financial hit, but the main problem for lowcost airlines is the fact, that Italy is their biggest market.

Ryanair’s situation heavily relies on operations to Italy. In 2018 they carried about 38 million passengers from and to Italy, additionally on numerous domestic courses. To put things in perspective: in 2018 Ryanair carried nearly 140 million passengers, so Italian market adds up to 27.1% of total passengers carried that year. And even if figures for 2019 and 2020 are not yet available, we can assume that Italy, where the tourism will drop drastically even after the crisis, was at least as important for Ryanair, representing around 30% of the business.

Adding here that meanwhile other countries like Poland, Cyprus or Israel have restricted flights.

It’s very clear that airline operators both in the U.S. and in Europe are facing turbulent times, compounded by the decline in the stock market and the downturn in the global economy. Nobody knows quite how things will pan out over the next few months, so it might be too soon to predict what will happen. However, it’s clear that airlines are already feeling the financial impact of the virus. Airlines will have to take drastic measures, such as grounding planes and laying off staff, in order to survive this period. The airline also attempts to renegotiate contracts with suppliers, extend payment deadlines, and even postpone arrival of new aircrafts to be delivered.

It’s not hard to guess that the airline backed by governments will survive. The smaller, less financially stable airlines may find that they are unable to survive, so we can expect to see some operators go under. The Italian flagship carrier, Alitalia, was already on the brink of bankruptcy.

In addition to the immediate impact, could the coronavirus pandemic change the way we fly in the future, in a similar way to how the September 11 terrorist attacks changed flying forever?

The Demand and Flight Prices after Coronavirus 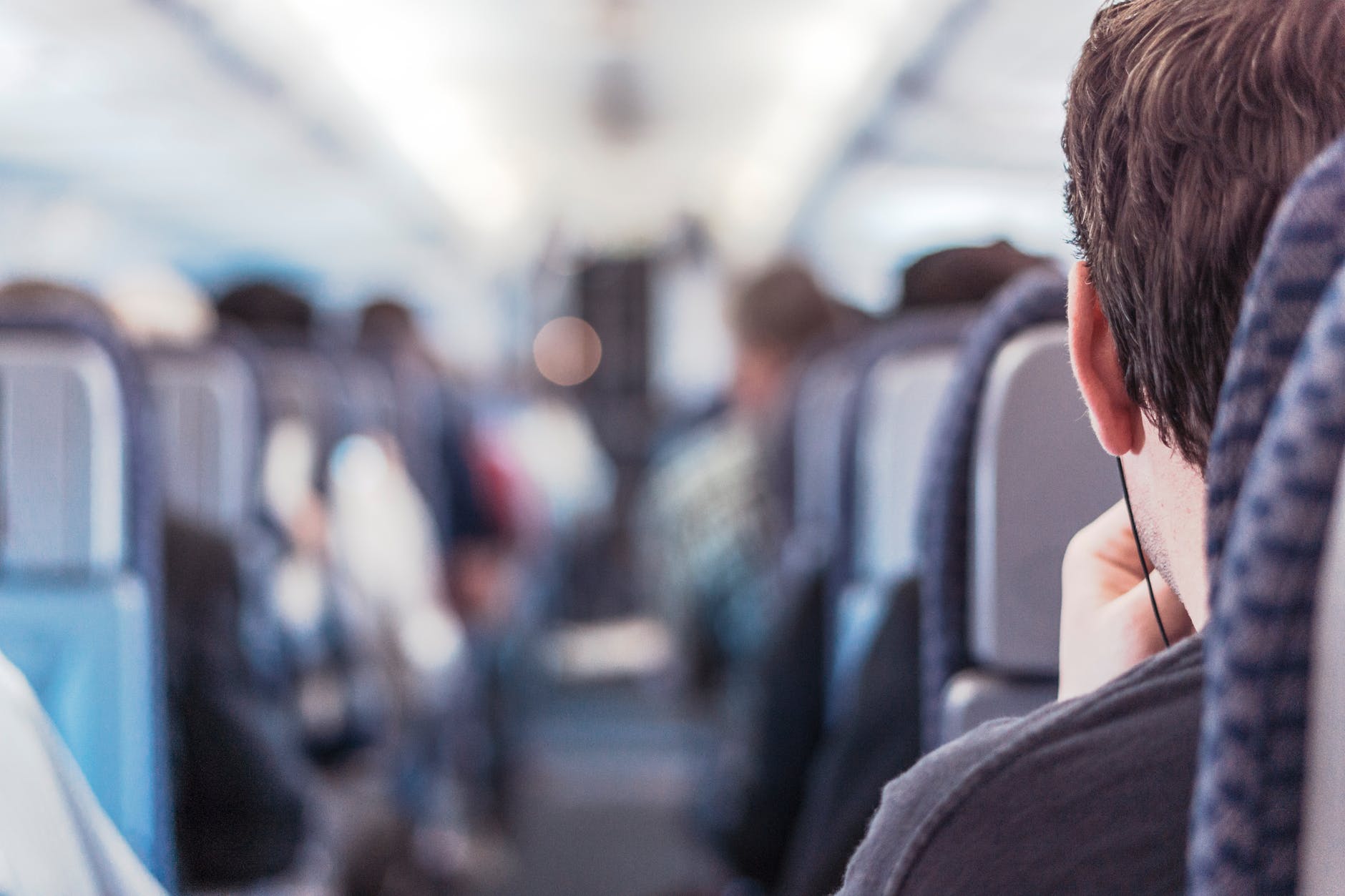 With many people currently avoiding flying altogether, even if they are able to make the trip, could we eventually see people shun flying and replace face-to-face meetings with technology, such as video call conferencing? That remains to be seen, but for now airlines are under an immense amount of pressure as they just try to survive another day.

Bankrupt companies will be an opportunity for others. The flight prices will definitely increase. But it is interesting to see when and how it will happen. It is expected that resumption of flights after the crisis will also start with massive price drops, and the rises for recovering losses will occur later, or on business classes, or on routes where competition will decrease.

Is it safer to travel by air or...

How Aviation is Fighting for Survival due to...